admin
UX vs UI Design - What's the difference and which one is best for you?
In this video, I'm going to break down the differences between User Experience Design (UX) and User Interface Design (UI). For a beginner it can be very confusing what each job role does and if they are even separate job roles, to begin with. A lot of smaller companies combine the roles into a UI UX Designer and you have to wear both hats.

I've been in the business for over a decade and have actually done both roles in some of the world's largest companies. I'll share with you the differences I've seen working in both roles and show you some actual examples on websites I've worked on before.

As a high-level overview, UX stands for User Experience. This is how a user (who is a person like you and me) interacts and feels about a product that you make. Every company in the world wants people to use the product that they create and as a UX Designer, it’s your job to make something simple to use, solve a clear problem, and put the end-user at the center of the design process. Thinking about and understanding who is going to use your product is important.

UI stands for User Interface. User Interfaces are what you interact with on a day-to-day basis. Everything you see on a computer screen is a user interface. It’s the presentation layer to the application. UI design combines graphical design elements such as fonts, colors, images, and videos along with standard interaction patterns to produce a design.

Depending on where you work the level of detail you go into this part could be different as a UI Designer could be a stand-alone job. I’ve done both job roles and they are both fun. UX can be more research and low fidelity design-focused. Low fidelity here means a wireframe. That’s the industry term for a simple normally black and white mockup of a website or app with no focus on visual design styling just the pure user interactions and information. 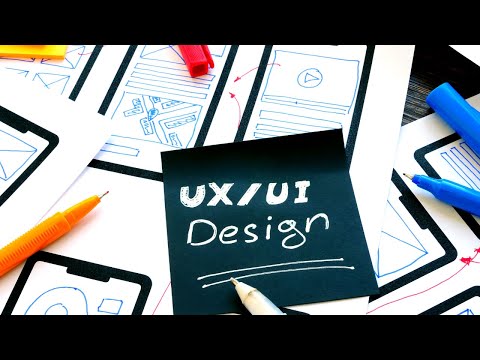 UX vs UI Design - What's the difference and which one is best for you? In this video, I'm going to break down the differences between User Experience ...