admin
About the Talk

Have you ever found yourself not just having to build the product, but in the absence of an actual designer, you’re the one who ends up having to throw together a design for it too? Want to gain the magic design powers to transform that average screen into a beautiful interface?

People have often told me they’d never be able to design interfaces because it’s too subjective and a completely different mindset to coding. Well I’m here to tell you that UI design isn’t as complex as it looks when you’ve got the right tools to hand – and it really isn't a magical dark art, I promise!

In this talk, I will help you understand some of the main design principles that you can apply to UI design. Such as Typography, Emphasis, Hierarchy, Layout, Spacing, Size, Depth and Colour.

We’ll be discussing these principles and, through visual demonstrations and examples, show how you can implement these principles across typical UI components such as forms, cards, dashboards and other interface elements. There may even be some *live designing* to help demonstrate.

Whether you’re the ‘dev-signer’ or you’re just somebody who would like to learn some fundamental design skills to widen your knowledge – you should then leave feeling well equipped with new design skills to apply day today!

Lex Lofthouse is a Senior Designer at Nzime, a digital agency in Nottingham.

She has been working in the design industry for over a decade, where her career took her from the chilly regions of Scotland to the slightly less chilly streets of Nottingham. She specialises in digital design and UX, but also works across branding, print, illustration and animation. She’s even semi-competent at some basic HTML and CSS she’ll have you know!

In her spare time, Lex is a massive Pokemon fan, from the TCG to the anime. Plus despite being a professional designer she is also an advocate for Comic Sans, the world’s most misunderstood typeface (come and ask her why). 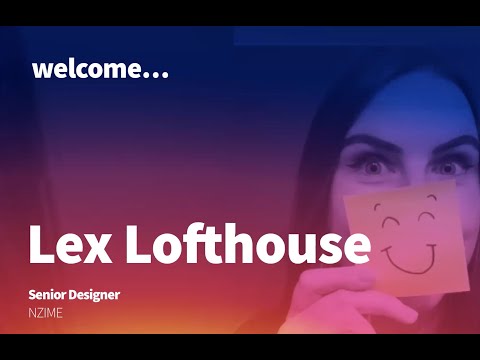 About the Talk Have you ever found yourself not just having to build the product, but in the absence of an actual designer, you’re the one who ends up...